 The text on this page (1/2) is taken from the book Choti; The Native Place of Śrīla Ṭhākura Bhaktivinoda (1999) by Dr. Fakir Mohan Dās.

Chhoti (literally meaning ‘small’) is a village in Odisha and the śrīpāt of Śrīla Bhaktivinoda Ṭhākura. A śrīpāt is the native place of a great saint. Such places are considered worshipable by all followers of that saint. According to Indian tradition, the village where one’s paternal ancestors resided is considered to be one’s native place.

Thus, in the case of Śrīla Bhaktivinoda Ṭhākura, although he took birth on September 2, 1838 in his maternal uncle’s house in Ula, West Bengal, his native place is village Chhoti in the Kendrapara District of Odisha.

The name of village Chhoti has had some changes: It used to be Choti Mangalpur. After that it was changed to Choti. The official spelling of the name, however, is Chhoti.

One of Rajaballav Dutta’s children, Ananda Chandra, however, chose to stay in Ula (city in West Bengal) at his father-in-law’s house. It was in this house that Śrīla Bhaktivinoda Ṭhākura was born as Kedarnath Dutta on September 2, 1838.

Śrīla Bhaktivinoda Ṭhākura moves to Odisha
In 1849 Kedarnath Dutta’s father, Ananda Chandra, physically departed from this world. As a consequence, Kedarnath Dutta’s mother faced severe financial hardship. She nonetheless managed to arrange for the completion of Kedarnath Dutta’s education. In 1857 Kedarnath Dutta moved with his mother and the rest of the family from Calcutta to Chhoti and lived there together with Rajaballav Dutta. Due to Rajaballav Dutta’s physical departure in 1858, the landed property and landlordship [zamindari] of Choti Mangalpur [Chhoti] were recorded in the name of Śrīla Bhaktivinoda Ṭhākura. He acknowledges this in his book Maths of Orissa:

‘‘I have a small village (Choti Mangalpur, six miles from Kendrapara) in the country of Cuttack, of which I am the proprietor.’’

He also mentions about this small village in his autobiography:

”In Choti Mangalpur we have six or seven big thatched houses. Thakur Radha Madhava and Jagannath are being worshiped in one of these houses. Behind these houses there was a pond named Uasa Pokhari. There was a fence of kantā bāuṁśa [thorny bamboo] around the gaḍa [palace]. We did not think about our food, only because grandfather Rajaballav Dutta had nine parts (9/16) of the paternal zamindari here and the rest seven parts (7/16) belonged to the Ray family.” 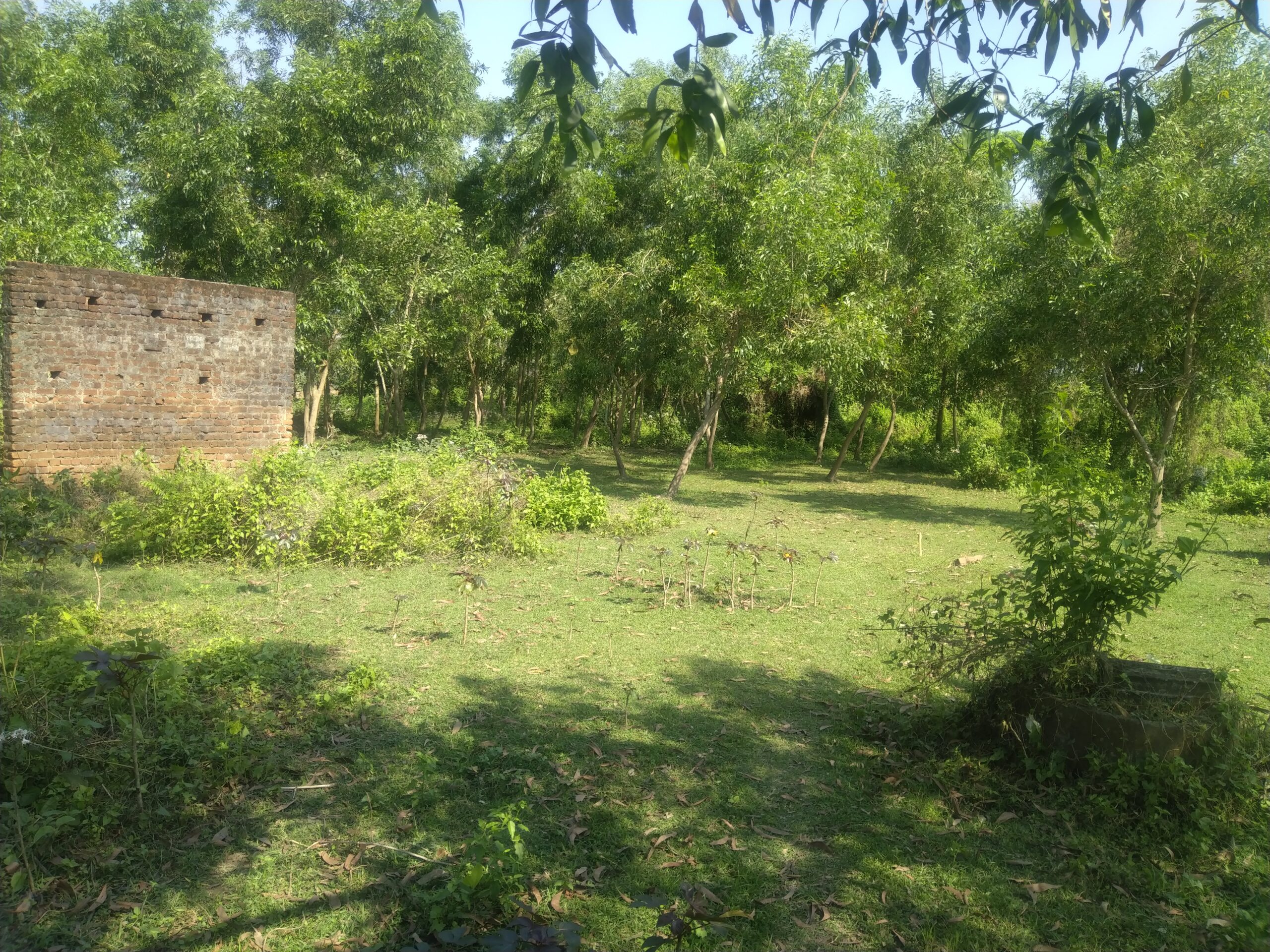 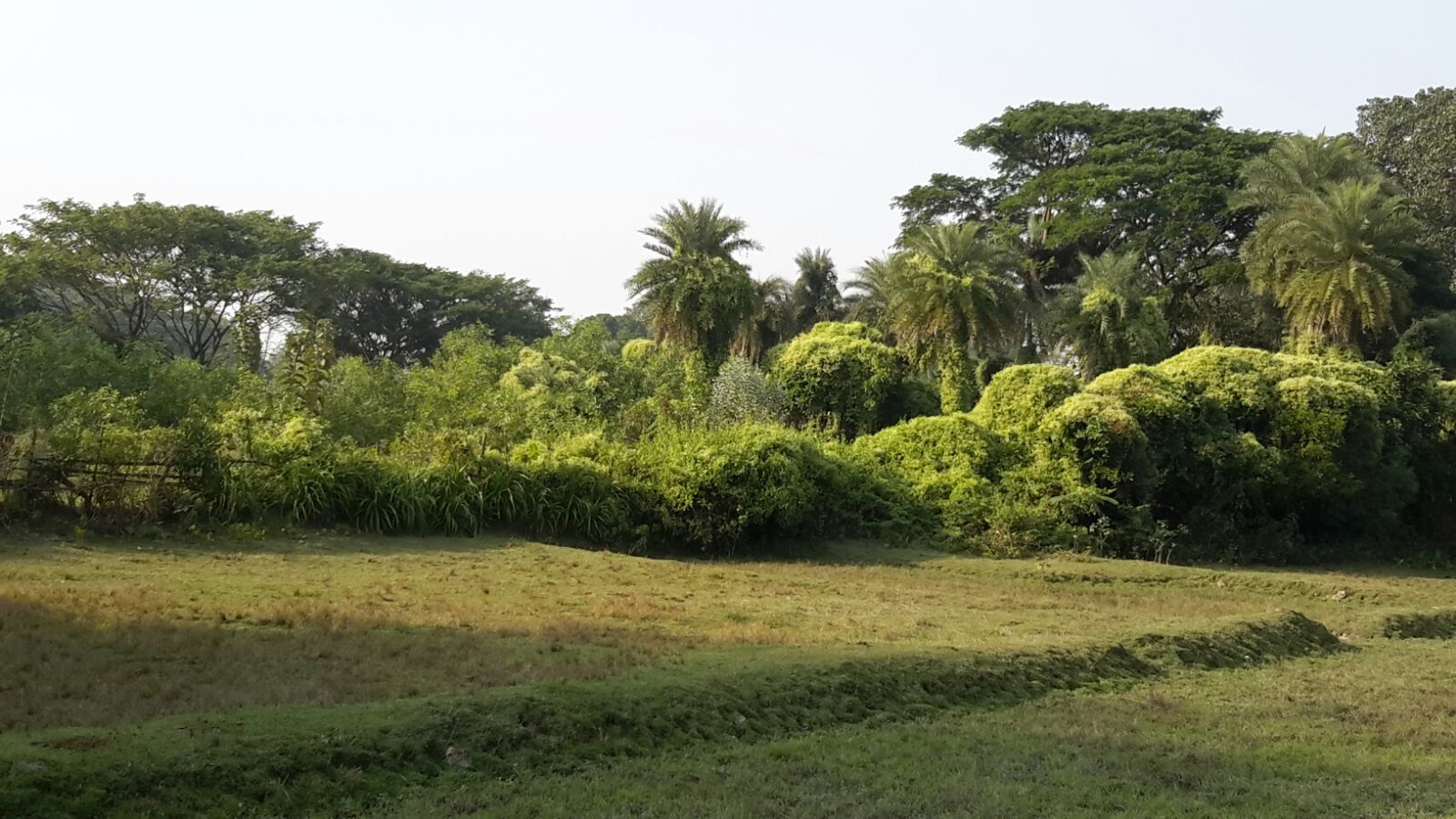